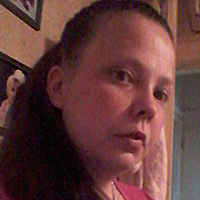 Hi, my name is Amanda Rich. I have Acute Intermittent Porphyria (AIP).

Growing up I would have intense abdominal pain, joint pain, nausea, vomiting, mood irritability and was always very weak before and during my menstrual cycle. In 2011, I was diagnosed with Acute Intermittent Porphyria after being admitted to the hospital with ischemic colitis. The medical staff placed me on unsafe medications that almost killed me.  I then ended up in the ICU for 9 days. While there I had to have a catheter placed and the nurses started “freaking out” because my urine was an orange/purple color. They didn't know what to do. I was able to give the staff a copy of my biological mother’s report explaining AIP. The hospital then collected a urine sample and sent it to the Mayo Clinic. Low and behold, it came back positive for extremely high PBG levels and positive for AIP.  I was referred to my local cancer center that has an AIP specialist.

Fast forward to 2013, I had a port catheter placed in my chest in July and everything seemed good - or so I thought. My body rejected the port in August, and I ended up becoming septic and was admitted to the hospital. Long story short - I almost died 4 times that month from the sepsis, anaphylaxis, kidney damage and renal failure, and DVT in my arm. I was getting Panhematin while in the hospital, which was a lifesaver to curb my attacks.

In December of 2013 I volunteered for a research study at Mount Sinai in NYC. I have also done other studies where they come to me and draw labs. A second port was placed in August 2014.

I have been through many ups and downs with AIP including bills, medications, hospital stays, infusions and time away from my family. Despite it all, I have a positive attitude due to my amazing family including my husband and two children, friends and support team. Everyone that I have met through the APF Facebook groups, the APF staff, and other support groups have been there for us and we are grateful. My daughter, who has the same mutation, will now have access to treatment and help from the APF.

Thank you for reading my story and one day there will be a cure for all of us.