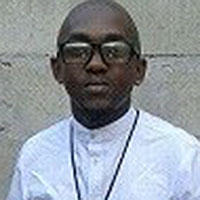 Athi Koti is a 30 year old physically challenged man, originally from Eastern Cape in Bhisho. He embarked on his journey by pursuing the IT (Information Technology) diploma at Walter Sisulu University in Butterworth in 2008 and completed it in 2011. On the 9th of May 2012 it was his graduation day, a day of celebration for his achievement towards finishing his studies in record time, but that day turned to be a date of sadness, pain, grief, and hopelessness. He woke up early that day due to excitement but then he realized that something was not right as he was about to get up and brush his teeth, trying to get off the bed he felt cramps on his legs and in that struggle he fell as his legs became numb. He then called upon his brother Sandiso and he came rushing to the room and shockingly asked him what was wrong and he carried him back to his bed.

I asked Sandiso (My little brother) to phone my mother and tell her that my lower limbs (legs) are weak and I cannot walk, and he did so. My mother then called my uncle who then took me to Bhisho Hospital. I was admitted immediately, that time I felt all sorts of emotions. After 3 days in hospital my upper limbs (arms) also got affected and stop moving then I became bedridden. On the fifth day I was transferred to another private Hospital for spinal cord scan because I could not sit, all my body joints were not moving. At the private Hospital I went to for my spinal cord scan, the results came back negative which meant that my spinal cord was normal.

I was then transferred to Cecilia Makiwane situated in Mdantsane. After a week I decided to go home since I was just sleeping in bed without being taken to Physiotherapy sessions. I was praying, crying, hopeless, and I ended up asking my mother to ask the mother of my son (who was 4 months old that time) to bring him all the way from Pietermaritzburg, because it seemed like my days were numbered and I would suddenly pass on the following day.

My son came, and I was stressed because when he was crying I couldn't hold him, touch him and feel or bond with him because my whole body was numb. They stayed only for March 2012 and again I was transferred from Eastern Cape to Western Cape (Groote Schuur Hospital). I arrived there on the 26 of April 2012 then doctors did a lumber puncher to diagnose my illness and they discovered that I had an Acute Intermittent Porphyria Neuropathy (Nervous system is not functioning well) but they do not know the cause of it and they said it's genetic but both my parents tested negative and there was no family history of this kind of illness. The prognosis was that I was going to be in a wheel chair for 3 years, but since there is nothing impossible with God, I have managed to walk within 3 months before they transferred me to Western Cape Rehabilitation Centre in Lentegeur (Mitchell's Plain). And that is when I discovered that I was permanently disabled.

It's true that when days are dark friends are few. It was Akhona Dyantyi (A friend of mine) who stood by my side throughout the entire ordeal, making an effort to comfort and give me hope. I was also going to church to praise the Lord for proving the doctors wrong. Despite it all, God blessed me with a job and two sons, from a wheelchair and now walking with crutches. Now I believe that "In life you must not live in a situation but you must live above the situation" by Pastor Sithole.

My work journey has not been a pleasant one but I was fortunate enough to get into Transnet Port Terminals when they offered a learnership to disabled people, as that enabled me to provide for my children. Unfortunately I could not study further due to my disability. After my learnership contract had expired I was then again fortunate to have landed a permanent position,  in Cape Town as a Junior Analyst in the Management Information Systems department (MIS).