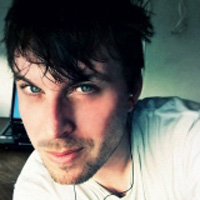 My story started back in 2011 - it was the earliest I experienced any kind of symptoms.  I've always been an athletic, healthy guy, but I ended up needing a root canal done on my tooth.  During the procedure and after, I noticed severe abdominal pain and GI symptoms, which seemed to appear out of nowhere. I was sick for a good two weeks afterward. I had been given antibiotics and painkillers. I recovered, and continued to enjoy good health despite some nerve issues here and there, and some mild brain fog and GI problems.

For the next four years, I experienced worsening symptoms which seemed to come and go at a shocking rate.  My doctor assumed that I was just suffering from 'anxiety' and prescribed medication to treat that. I gradually ended up getting sicker, until the spring of 2013 when my symptoms started affecting my senses, my ability to walk and to think.  The nerve pain started increasing in severity.  In the next two years' time, I was misdiagnosed with five different conditions, all of which proved eventually erroneous.  I ended up in the ER eleven times, because my symptoms were so severe that I required medical aid. Every time, the doctors could not find a single thing wrong with me and sent me on my way.  By summer 2014, I was practically bedridden, barely being able to walk most days, with my arms and legs experiencing severe weakness. The pain was now systemic in nature, and there were some days when all I could do was lay in bed sick.

I eventually lost a great career as a result of my disability, and even functioning day-to-day became a challenge. My hepatologist had diagnosed me with Wilson's Disease at this point, due to irregular copper and iron studies.  A liver biopsy was ordered, and alas there was no evidence of any underlying liver disease whatsoever. This was extremely odd for my supposed diagnosis, so another copper study was done. Sure enough, my copper irregularities were resolving themselves, and doctors were absolutely stumped.

It was only upon being late on returning a urine sample that the major clue surfaced - I had noticed that my fairly clear sample had in less than a day turned the color of pinot noir wine.  I finally saw a brilliant internist whom I relayed this to, and he immediately thought of Acute Intermittent Porphyria - which was a condition that my previous neurologist had dismissed, despite an EMG study showing neuropathy. A porphyrin and PBG study were ordered, and my condition was confirmed. The total diagnostic process took four years of suffering in agony and becoming fully disabled to complete. Today, I'm being seen by a fantastic hematologist, and my condition is improving.  It's a long road ahead, but I've always been a fighter, and had I not been so persistent with doctors in my diagnosis, I would be much sicker today - or worse.  If you have a suspicion that you have porphyria, or are having unexplained neuropathy (nerve damage - tingling, burning, and weakness in extremities) or psychiatric issues, please insist on a porphyria workup from your doctors. Don't settle for any less than an absolute rule-out or in.  Most of the medication for my previous diagnoses, I am told, actually served to exacerbate my condition.   Now, I'm doing whatever I can to raise awareness about this serious condition and insisting that medical practitioners take more care in establishing a proper diagnosis.

Editor note:  Please note that the APF will send your doctor a packet written by porphyria experts on how to diagnose and treat properly as Brad suggests.