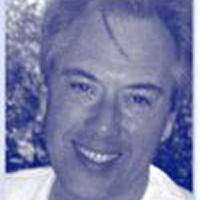 My name is Charles Preuss Johnson and I have Acute Intermittent Porphyria (AIP). I was named after my maternal grandfather, Charles Preuss, who came to the U.S. from Germany and who died at age 39 after several bouts of severe abdominal pain. They removed his appendix, and he still had acute pain. His daughter, my mother Lorraine Preuss, died at age 49 after nine weeks hospitalized from symptoms of AIP. She suffered her whole life never knowing that her acute abdominal pain had a diagnosis of porphyria. She was a mere 67 pounds when she was finally diagnosed and that was only a few days before she died.

One Saturday morning nine years ago, I awakened with agonizing pain so severe that I drove to the emergency room immediately.  After a few trips to the ER and many x-rays of my abdomen, I was released with a few pills for the pain.  But I continued to suffer indescribable leg pain, abdominal pain and migraines, so I went to the ER at Massachusetts General Hospital, where my mother had died. After a few hours they infused me with a liter bag of dextrose, and the pain subsided. But the urine collection that they had started when I arrived at the ER was darkening by the minute.

After a few of these attacks, I was diagnosed. It was shortly after my daughter was born. Fortunately , I found a porphyria specialist at the Univ of Mass Medical Center in Worcester, MA.  His name is Dr. Herbert Bonkovsky, and he was my first life saver. ( Dr. Bonkovsky is no longer at Mass General; he is a long-serving member of the APF Scientific Advisory Board)  I spent a few years under his care and had my first Panhematin treatment.  Dr. Bonkovsky educated my wife, Judy, and me on the triggers and dangers of AIP.

When Dr. Bonkovsky took a new position in Connecticut, I switched hospitals to locate a primary care doctor in Brighton, MA .  Dr. Bonkovsky  continued to assist as the expert consultant.  My primary care physician is also now a life saver and friend.  I have been with him  through so many attacks that I have lost count. He has learned a great deal through my travails with AIP.  For a few years, I was admitted every six to eight weeks with acute attacks. My blood pressure would be dangerously high from the attack and I would have a number of symptoms that were difficult to manage: terrible migraines, changes in my sense of smell and taste all during the attack and sometimes afterwards.  To stop the attacks before they became life threatening or lengthy, he prescribed Panheamtin. Although this helped with the attacks, it did not stop them. Only weeks later, the attack would return.

I became a patient of the hospital's Pain Management Center under the care of pain doctor, who has been a tremendous support for my pain management. Porphyria patients are questioned about the need and amount of pain medication required to control an attack. He knows and understands my pain and educates others when I am admitted into the hospital. I see him every month at the clinic.

I became an outpatient at the Hematology Clinic as well, and I have a hematologist there.  I had an idea that maybe if I took a dose of Panhematin every two weeks on an outpatient basis, we could not just control the attakcs, but keep them from occuring.  I consulted with Dr.Bonkovsky about this and he thought it was a good idea, as did my PCP and hematologist.  I began the new regimen of Panhematin every two weeks.  My health changed dramatically.  After years of frequent admissions, I was admitted only three times in 2006.  Although my first admission was for thirty days, the other two were a typical 7-8 days.  This was a far cry from the previous consistent hospitalizations I had been enduring prior to the Panhemaitn every two weeks regimen.

Since St. Elizabeth’s is a teaching hospital, I have been interviewed by many doctors and students. I have told them the same thing about the pain that Desiree said in her book: it is like "a thousand flaming swords" imbedded in my abdomen.   They said this was a very understandable description and that it helps to realize the depth of porphyria pain.  The nurses have been so careful and caring, too.  I hope that my experience will help educate enough medical professionals so that someone else will be diagnosed correctly and treated for the acute pain without doctors doubting the level of their pain.

I am a barber, and I co-owned a great shop for many years until I had to leave after the frequency of the attacks rendered me unable to keep a schedule and the pain left me unable to work.  Now that I am on Panhematin every two weeks and the attacks have been under control, I am hopeful that I can return to work soon.

I have four children—three boys and one girl. AIP is genetic, so I pray for the safety of my children. There are so many people out there that have not yet been diagnosed or have been misdiagnosed. Education on the triggers of AIP is so important. My kids may not have the mutant gene or if they do, they may never have an attack.  Diet and chemical avoidance are vital to keeping the attacks at bay.

I still have a good life. There are so many caring people in the world. My family, friends and neighbors have been so helpful and understanding.   My wife, Judy, is my rock.  She is always smiling, loving , caring.  Without her, I could not have made it.   I have missed many holidays and sporting events for my kids, and I cannot predict when I can go somewhere. But my mind is always busy, my phone is always ringing and I am blessed to be healthy in every other way but AIP.