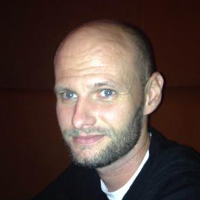 Like many people suffering from porphyria, I have been dealing with the disease longer than I knew. My diagnosis was delayed and convoluted due to a high speed, head-on, automobile accident I was in when I was 10 years old. I was sitting in the front passenger seat and my head went through the windshield and back through the passenger side window. I was not wearing the shoulder strap of the seatbelt, only the lap portion. I suffered severe head trauma and had to have emergency surgery to repair severe soft tissue trauma in my abdomen. I also had multiple back injuries such as torn ligaments and whiplash. Although the seatbelt caused all of my injuries, it no doubt save my life. I had a relatively fast recovery and had normal - as normal as they can be - teenage years without any major health concerns.

When I was 19 years old I decided to carry on the family tradition and join the Army. During my first week at Boot Camp, I suffered a seizure. Evidently the military is not keen on individuals having seizures while handling automatic weapons so I was given an entry-level separation and sent home.

Over the next six months I suffered several other seizures and began trying different seizure medications and found that Lamictal worked the best. The doctors diagnosed me with a posttraumatic seizure disorder, as some seizure disorders from childhood head injuries won't develop until after puberty. I was seizure free due to the medication and enjoyed my 20s, taking my time finishing college, tending bar and living life like a I was a character in a Jack Karouac novel.

In my late 20s I began my professional career in non-profit communications and finally met and fell in love with the woman I was meant to marry. During our engagement I had a mysterious abdominal illness that went on for months. It began with a case of mononucleosis from which many complications sprouted. The doctors decided that I had abdominal adhesions and scar tissue from the surgery after my car wreck which was responsible for many of the complications. Over the next couple years I continued to have frequent episodes and had my first seizure in 10 years. I also started to develop severe back pain which again the doctors attributed to the injuries from my car wreck.

At one point during my desperate search for some relief, I saw a urologist who decided to implant InterStim devices (commonly used to control bladder spasms) to stimulate my pelvic floor muscles which in theory was supposed to relieve the tension on the abdominal adhesions and relieve the constipation and related pain and discomfort. Yes, he was a quack. I wish I would've known that before undergoing the surgery and consequent removal of said devices. Of course my insurance company denied the claims and left me with a $35,000 medical tab. Oh the lengths patients in distress will go.

My quest for a proper diagnosis and treatment began to fade out and I settled with getting pain medication whenever I could, quit eating my favorite meal (crunchy peanut butter and grape jelly with a side of Fritos) and eating lots of cereal. And when I say lots of cereal, I mean a lot of cereal. Breakfast, lunch, dinner and midnight snack. Everything from oatmeal to Fruit Loops to Lucky Charms and Frosted Mini-Wheats. And it seem to work, or at least make life tolerable.

In November 2013, I began having severe anxiety, delusions, insomnia and severe confusion. The episode lasted longer than 2 weeks and was so bad that my family - rightfully so - believed I was having a mental break down due to prescription drug abuse. They intervened and sent me to a detox facility followed by an out-patient mental rehabilitation hospital for two months. During my rehab I had severe body aches and pains and the doctors thought I was having a delayed withdrawal syndrome so they put me on Butrans, the suboxone patch. I worked the program, used the patch as instructed and everything seemed to be getting back on track.

Weeks after stopping the patch I began having severe back pain and developed tremors in my hands. The doctor again suggested that I was suffering from delayed opioid withdrawal so out of frustration and desperation I self-medicated myself with alcohol in the evenings because I dared not start using pain medicine again. Soon the tremors turned to weakness, weakness turned to paralysis and I began having severe numbness in my arms and hands. The doctors began running tests and before I knew it I was completely paralyzed in both arms and having frequent falls due to weakness in my legs.

After what seemed like an eternity and endless tests, I finally met with a neuromuscular specialist who said that I suffer from chronic inflammatory demyelinating polyneuropathy (CIDP). He immediately hospitalized me and began treating me with IVIG. I slowly regained strength and mobility in my arms and we thought we finally had a diagnosis and a treatment that was working. A few months later I suffered a CIDP relapse, so my doctor increased the IVIG's and I began to recover once again.

After the "relapse" my employer decided that I was not able to do my job sufficiently and had my employment terminated. I had an extremely difficult time trying to find someone who was willing to hire me due to my disability. Out of sheer boredom, I built a coffee table and a friend of mine liked it so much he had me build one from him. Another friend likes my work and had me build them a bench and before I knew it, people were waiting on me to build them different types of furnishings. I decided to start my own hobby shop called dEAD HANDS: Function and Form Furnishings, as a tribute to the permanent paralysis in my wrists and thumbs. Everything seemed to be going in a completely new direction. I had my IVIG treatments every two weeks and life was good.

In the summer of 2015, it all happened again. Everything. Abdominal problems, back pain, tremors, severe mental distress, paralysis in my arms, frequent falls, paralysis of my legs, tachycardia, high blood pressure…needless to say I was hospitalized. This time, the IVIG wasn't working and I was put on Klonipin to relieve the anxiety and hypertension. Things only got worse. After two weeks, the encephalopathy ceased and I came to in the hospital and discovered I was completely paralyzed and couldn't even talk. I was released directly to an inpatient physical rehab center for three weeks where I made a mild recovery and was sent home in the care of my wife.

My recovery was extremely slow and my poor wife, as loving and patient as she is, could not provide the 24 hour care that I needed. The doctors became extraordinarily concerned and less certain of my diagnosis and prognosis. Several of them worked together and got me an appointment at the Mayo Clinic.

By the time we arrived, I was walking some and regaining more independence however I still had a long way to go and spent the majority of the trip in a wheelchair. They conducted an exhausted list of tests and exams, they left no orifice unturned. Of all the state of the art testing that they performed, the one test that provided me a diagnosis was as simple as peeing in a jar for 24 hours. And sure enough, my total porphrin level was 1152 with the normal range being 0 - 2.0 and the genetic test confirmed, I have AIP. I'm a Porphie.

I am happy to report now that I am back in the shop building furniture. The doctors have made the necessary changes to my medication. I am eating a lot more ice cream, drinking a lot of Gator-Aid and getting my rest when I'm tired. I get to spend quality and happy times with my wife who deserves a Kings treasure for all that she has done for me over these past couple years. I am relieved to know that I will not be condemned to a wheelchair by the time I am 50. I am glad to know that this disease can be managed. I'm glad I no longer have to have IVIG treatments. I am so happy that I don't have to fear regaining consciousness and find myself completely paralyzed and seeing my wife crying at my bedside. I know what I have and I know what I have to do. I am not afraid of porphyria, in a way I'm happy to have it. It is an opponent I look forward to defeating.

Looking back this has been a tough 18 years since my first seizure but I can't help to be happy where I am. I am doing something that I love, I work in my shop as my health allows, I have an incredible wife and our marriage is so strong because of what we've been through. Sure, some of the paralysis may be permanent and I have some new scars but I have an incredible wife who I love more than anything else on earth and I have a long life ahead to spend with her. What else do I really need?