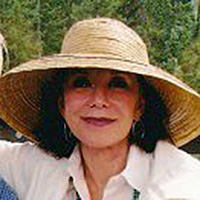 I was only seventeen years old when I suffered my first attack of porphyria. The onslaught of pain was rapid and vicious. When I was asked by the attending physician to describe the pain, I likened the agony to that caused by a thousand flaming swords imbedded deeply in my abdomen. Unfortunately, my physicians, who were unable to find any explanation for my condition, viewed my seemingly exaggerated description with an air of disbelief. Their wariness was further validated when the undiagnosed pain and accompanying weakness disappeared after a few days without any apparent treatment. What a fluke; we thought. The obvious medical explanation for the short-lived episode was simply that I was an over-anxious, young woman with little tolerance for menstrual cramps and a notion for hypocondriasis. Although I knew that this was not the case, I thought no more of the horrendous bout with pain and promptly returned to my studies and active life as a high school senior.

Several years later, the long forgotten pain reappeared with a vengeance. I was hospitalized and tested repeatedly to no avail. Nothing conclusive was ever indicated on the tests, so the same sad "hypochondriac" conclusion was drawn. Since I prided myself on my sense of independence and responsibility, I was taken aback by such insinuations.

From that point on, I was wary of disclosing to anyone the intensity of my pain and the severity of the other encroaching symptoms lest I subject myself again to undue embarrassment. By then I was living with a myriad of rather generic but caustic symptoms all of which waxed and waned with cyclical frequency: severe abdominal pain, extreme weakness, tachycardia, labored breathing, crushing chest pain, a mercurial disposition and a battery of frightening tiny seizures and strange, purplish urine. Over a period of time, I could no longer conceal the worsening symptoms and concluded once again that I needed to find a name for the illness that was quickly bringing my life to a close.

Fortunately, at a social gathering, Dr. George Penton, a physician friend in Montgomery, Alabama, noted the painful grimace on my face and my strange metallic grey pallor and asked if I was feeling ill. I quickly explained my present symptoms as well as the prior series of misdiagnoses which had caused my subsequent hesitation to seek any additional medical care. Dr. Penton suggested that I might consider enduring a few more tests and assured me that he would press on to an answer.

Dr. Penton repeated the myriad of examinations I had taken previously and again found all the results to be normal. Nonetheless, he did as he promised and continued to pursue a definitive diagnosis by scheduling another protracted series of diagnostic tests. The only test in the next series that proved abnormal was the encephalogram, which indicated only minor petit mal seizure activity. The report gave me some measure of contentment, because at least, I had a definable problem upon which I could blame the lengthy list of symptoms.

Dr. Penton prescribed dilantin, an anti-seizure medication, to calm the swell of flurries I felt in my head. I happily checked out of the hospital thinking that this new medication would prove to be the solution to my health crisis. Dr. Penton was not so optimistic.

Within a few hours of dismissal from the hospital, I was hallucinating and was gripped with unbearable pain. I suffered relentless terror as visions of wolves and demons uncontrollably plagued my mind. I tried desperately to communicate the anguish of my situation but only garbled babbling poured out of my mouth. The hallucinations became so ungovernable and the pain so excruciating that I began to beg the Lord to either end my dilemma immediately or translate me to heaven post haste. Despite my pleadings, there was no remission in the torment.

I knew my death was imminent when in my few lucid moments, I saw tears on the faces of my family as they bent over me and attempted to comfort me from the dreadful pain and as I heard the murmured whispers about the perilous state of my health. Little did they understand that death, at that moment, would have been a welcome relief.

As my conditioned worsened, I needed a catheter. The urine bag promptly filled with what appeared to be dark blood, not the bright red of fresh blood but rather like the color of dark dried blood on a ghastly wound. Some have described it as a port wine hue. The nurses, assuming that I was bleeding internally, ran from the room and tried to locate a doctor quickly. 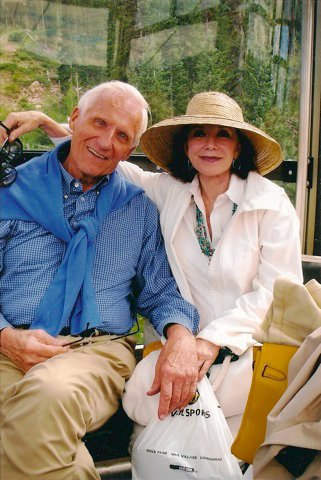 As soon as Dr. Penton visually examined the sample, he suspected that the urine was colored by porphyrins not blood. If his hypothesis proved true, then it was almost certain that I had porphyria, a rare disease that had so intrigued Dr. Penton since he first studied the disease in medical school that he had watched for a case of porphyria for years and had never encountered one until mine.

Immediately, he ordered a 24-hour urine to establish the presence of a high accumulation of porphyrins and porphyrin precursors. We carefully kept the urine free from exposure to the light and made sure it was refrigerated. Upon completion of the test, the results were positive as Dr. Penton had suspected. Since further testing was needed to verify the diagnosis, Dr.Penton contacted the National Institutes of Health to perform the complicated blood tests to determine specific enzyme deficiencies that would, in turn, indicate the type of porphyria I had inherited.

While we waited for the results, my life remained on a precarious edge. Dr. Penton consulted with his colleague, Dr. Bruce Trippe, who joined him in the complex task of keeping me alive. Because certain drugs can precipitate a life-threatening attack of porphyria, both doctors were resolute in not treating my agonizing pain lest they worsen the situation. To further threaten my mortality, I developed an elevation in brain water content called "water intoxication" which also sincerely affected the central nervous system. Generally, at the level of "water intoxication" I was experiencing, convulsions, coma occur and death follows. I was, therefore, not allowed even a hint of fluid including anything as seemingly innocuous as a wet swab on my parched mouth. My thirst became as unbearable as the pain. I begged for water. I begged for pain medication. I begged to die. Most of the time, I could still only communicate my intended beggings with delirious babbling.

When the diagnosis of Acute Intermittent Porphyria was finally established, steps were promptly taken to air-evacuate me to the National Institutes of Health (NIH), adjacent to our nation's capitol, where research was being conducted. Dr Penton's wife, Pat, who had been an intensive care nurse, donned her nurse's uniform and flew with me and my family on this most frightening journey of my young life. My only vivid memories of that trip are those of being placed by stretcher into the national guard airplane at our small Alabama airport surrounded by well wishing friends, landing in a freezing ice storm and then being transported during that icy storm to NIH, our nations largest research facility.

Upon our arrival at the massive NIH institution, the physicians there warned my family that I was in critical condition and my chances of survival were minimal, particularly since my respiratory system was severely compromised. I was not privy to this information, so I blissfully supposed that I was now on the recovery road and could, therefore, dismiss my request to the Lord that He let me die quickly.

I was given experimental hemin infusions which brought me back to life within days. Today this treatment is commercially available as Panhematin, which was the first FDA approved orphan drug more than 25 years ago. I tell people that Panhematin may look a lot like swamp water or crank case oil, but it is PURE GOLD to me. Without it, my attacks were dreadful and often lasted many weeks.

Read the rest of my story and those of many other porphyria patients will all types of porphyria in my book, Porphyria, A Lyon's Share of Trouble. Contact the APF to receive a copy.