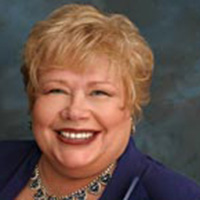 APF Sponsor, Jennie Eberhardt, has been awarded the 2006 APF Ambassador for the work she has done in her community. She is a one-woman porphyria awareness dynamo. Before her illness, Jennie enjoyed a successful career as a professional make-up artist with theaters and photographers. Her work took on other unusual aspects. For instance, she created mock victims to help train ambulance crews for disaster drills. She also did the make-up for cancer patients. One of her most gratifying experiences was to create a jaw line for a woman who had lost part of her jaw to throat cancer surgery. But her most enjoyable career experience was as the make-up artist for a production with female impersonators. In fact, Jennie developed such a great relationship with her clients that they are now some of her biggest supporters and encouragers since her illness.

Jennie’s career also encompassed beauty pageants and image consulting; an active life to be suddenly halted when she developed severe chemical sensitivities. Then she was also diagnosed with AIP. But Jenny "made lemonade" out of her mound of lemons by changing from a career of sales and marketing to a "ministry" of promoting porphyria awareness and education. As a very active Sponsor of the IN TOUCH network, Jennie has provided a loving shoulder for many of our APF Sponsors.