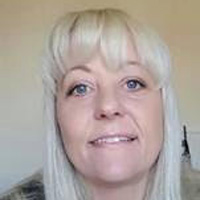 My porphyria was diagnosed in December 2002. I was 4 week pregnant and was put on some medication (I later find out it was on the unsafe list) I asked my midwife if it was safe in pregnancy as I had been (I had been on them 5 days) getting stomach pains she assured me they were safe. The pains got worse and also I started vomiting a lot and my muscles were getting weaker. I visited my GP surgery (I could hardly walk and needed help to walk from the car into the surgery) as I felt really unwell and he took my blood. I went home and went to bed a few hours later the surgery phoned and asked me to go back down to the surgery. As I got out of bed I collapsed and started having a seizure my partner phoned for an ambulance and I was taken to hospital. Luckily for me the Dr. on call at A&E had seen a case of porphyria a few months previous in another hospital and tested me. I was admitted to the hospital over the next few days my pain got worse in my tummy lower back and thighs and I started getting sharp pains (nerve pains) in my hands feet and legs and I couldn't stand. I was still vomiting and was getting fed by a tube. I was diagnosed with a.i.p and the Dr's then did all their research of how to treat me. By this point I couldn't hold my head up my arms up I couldn’t support myself to sit up and I couldn't speak. I had virtually lost every muscle in my body even my vocal muscles.... I stayed in hospital until May 2003 had speech therapy and physiotherapy but because I kept falling they didn't do to much with me being pregnant. I gave birth to a healthy but tiny little girl in July 2003 and that's when my intense physio started. I learned to walk again although I still have a lot of muscle damage now as because some of my nerves died during my on going attack there was nothing to stimulate muscle growth. When my baby was 4 week old I and another attack and was hospitalized again. I had heamatin and glucose and was discharged after a week.... I had an attack every few months lasting between 7 -10 days (which required hospital admissions)for about 3 years and then the attacks got closer they came about every 6 week each time requiring admissions to hospital and lasing about 10-14 days. This went on for 2 years. I then had my little boy and when he was about 1 my attacks became every month. My Dr tried switching my hormones off but that didn't stop my attacks .my attacks were always quite bad and needed hospital admissions. I was also had a weekly infusion of heating via my Hackman line at home between admissions to try and control my attacks. This didn't work either. I was referred to a specialist professor Cox at another hospital who specialized in porphyria and he also tried his best to help me. In Dec 2010 I was admitted again and was there for 10 month as they could not control my attacks they were just getting one under control when another started. I had another meeting with Professor Cox in Jun 2011 and he suggested he would put me forward for as a liver transplant as I had no quality of life and I was only 31 with 2 children who needed me. So in July they had a meeting and agreed for me to go on the transplant waiting list. I was still an inpatient at this point and in Aug/Sept 2011 my porphyria worsened I went blind which was a side effect of a rare complication to porphyria where my brain was swelling and I was having constant seizures. My family was called in as they didn't think I'd make it through the night...fortunately I did after getting resuscitated about 5 times and been on life support I regained consciousness after a few days and was transferred back to Addenbrooke's Hospital where professor Cox were. Another meeting was held on Fri 8th Sept and they put me to the top of the transplant list. They came to me on Saturday 9th as they had found a donor but unfortunately after been prepped for theater, they decided they couldn't use the liver as it was too fatty, and I was quite young. The next night, they had another donor, and I was taken to theater and had my transplant through the night. Before I went into theater, my porphyrin levels were 565.  The day after my transplant my porphyrin levels had dropped to 2, so they were fantastic and although I had just had a major operation, I felt better than I had felt in 9 years.  It was amazing as I was virtually pain free. I am nearly 5 years post-transplant now and have had no admissions. Yes, I will always have porphyria as it's in my genes so therefore, in all my other organs but because the liver is genetically not mine, I don't have attacks anymore as it was the liver that couldn't handle the porphyria. Yes I have to take medication for the rest of my life but that is the point I now have a life. It doesn't revolve around admissions. Life is great.