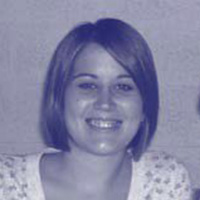 Megan’s story is an inspirational one of a mother’s love for her daughter. Denise Railling’s account of Megan’s courageous battle to live is a moving example for us all.

Megan and Denise Railling. Megan was a typical healthy teenager, participating in marching band, swim team, babysitting, and living a great life until the summer of her sixteenth year. For no explainable reason, she became quite ill with persistent vomiting, abdominal symptoms, bowel dysfunction and major thirty pound weight loss in six weeks.

We made multiple visits to the ER where she was given fluid and morphine and sent home with no diagnosis. She was, however, prescribed numerous psych evaluations. Later, during her senior year, she was diagnosed with a superior mesenteric artery syndrome from the massive weight loss and had TPN and tube feedings followed by surgery to relieve the duodenal obstruction from the mesenteric artery syndrome. Megan still managed to graduate with honors. On her graduation band trip to Florida, Megan became very ill. This time she developed a right lower leg neuropathy. We began to see a pattern in her symptoms: abdominal pain, persistent nausea, leg pain and neuropathy. Yet, none of the physicians agreed. When she developed complete bowel dysfunction, we were told she would need a total colectomy and ileostomy. However, a second opinion at the University of Iowa advised against surgery as Megan did not have underlying bowel function.

Megan attended the university in the fall and did well until she became ill again. Our family doctor tried to prevent the episodes, but Megan lost function in her legs and bladder. We brought her home from college and admitted her to our local hospital. After a week of tests, she was discharged with no ability to walk, no bladder function and no diagnosis. She even had to catheterize herself, a terrible problem that led to a big clue. We did note that her urine was often very dark. When I brought Megan home from the hospital, she asked me, “Am I going to die.” Shaken, the only answer I could give was, “I don’t know.“ That night I could not sleep, so I poured over the records we had collected over the past three years. Since there was no endocrine or metabolic evaluation, I searched for metabolic disorders that mimic Guillian Barre. Acute Intermittent Porphyria was in the top five choices. The more I read, the more I believed AIP was Megan’s problem. I left a copy of an article about porphyria on her dresser and while I was out shopping, she called me astounded at what she was reading. I then spoke with the endocrineologist at my office, and he ordered tests, which were positive. He promptly ordered Panhematin and physical therapy and within three months Megan was walking and feeling much better. She was placed on Lupron and monthly Panhematin and has done very well on that regimen. However, she had a severe attack and paralysis after surgery for a septic thrombophlebitis from a PICC line. Her recovery has been much slower this time, although she is doing well enough to stay in college.

We recently attended the Patient Education Meeting in Houston, and it was wonderful. Megan had been feeling so alone and “different” from everyone else. It was so important for her to attend this meeting to meet other people with porphyria and find HOPE. She realized that she can LIVE and have a full life. Her excitement on the way home was fantastic, too. As a mother, it was marvelous to hear Megan express HOPE for the first time in years.

We are so thankful for everything the foundation does to help. We want to help, too, so Megan’s case was presented at the internal medicine grand rounds of the residency program where I work. We were thrilled and hope this will teach doctors that porphyria is more than a word in their textbook. Next, we will meet with the director of the emergency medicine residency program to ask if they will present her case. It is ironic that their own journal of emergency medicine states that any teenage girl who presents on several occasions within a six month period of time with the same set of symptoms should be tested for porphyria.

Editor’s note: We are very proud of Megan and hope her story has encouraged you. Just as their case has been presented at their hospital, you can ask your hospital host a porphyria awareness program.