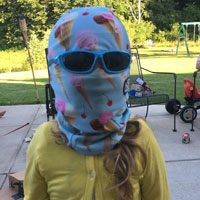 This is the story of our daughter Adeline, who at two years of age, was diagnosed with Congenital Erythropoietic Porphyria. It all started on a summer camping trip where one red mark showed up on the back of her calf. Thinking it was nothing more than a simple bug bite, likely from the sandbox she was playing in, my husband and I didn’t think anything more of it. After a couple of days, we noticed some small blisters on her hands and her toes. Our concern was growing. Was it the sunscreen? A reaction to the bug bite? As days passed, more blisters appeared on her feet, hands, arms and on her face. The pediatrician said Adeline had impetigo, prescribed a course of antibiotics, and thought she should be fine in a few days. After a week, there was no improvement, and more blisters continued to appear. We took her to the pediatric dermatologist as quickly as possible. 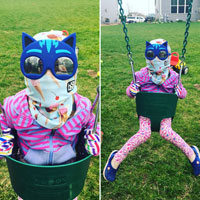 The appointment was on Monday, morning July 27th, 2017. The day that forever changed our lives. The day our world come crashing on top of us. The day that made our world come to a screeching halt. That day we heard words like heme, porphyria, genetic condition, and that our daughter may be having a severe reaction to the sun. The doctor ordered some immediate lab work. We left the dermatologists office in a cloud of confusion, making sure we remembered exactly what she said but not understanding one word amid our disbelief. After hours of searching for information and reading anything and everything on CEP and seeing the pictures of those inflicted with the disease, it felt harder and harder to breathe. We just wanted this to be a bad dream because no parent should have to read that. We waited an entire week for the results of the tests, hoping and praying it was not this terrible disease. A disease so rare that there are only around 300 documented cases in medical journals.

Finally, the dermatologist called and confirmed our worst fear. Adeline tested positive for Congenital Erythropoietic Porphyria. The result being that our beautiful baby girl cannot be exposed to any UV light without suffering horrible consequences. From that day forward, her life changed as did our entire world. We now must do whatever it takes to protect Adeline. 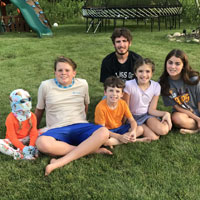 For the rest of Adeline’s life – unless there is a cure for CEP – she will need to avoid UV light, not only from the sun, but also from artificial light.