Here is my story of EPP 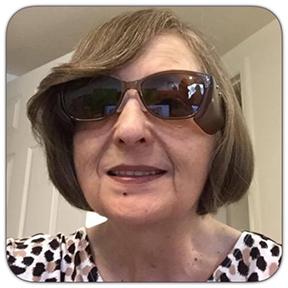 My first memory is of being in a darkened room with the curtains drawn, with me in a cot and being made to lay down as the doctor was knocking at the door.  I was about 18 months old. At that time, early 1950's, they thought I had bleeding kidneys. I do not recall anything else until my sisters and I were stood outside in the sunshine seeking shade under the porch and feeling as though I was on fire. This seemed to be normal as my sisters were doing the same as me and trying to hide our hands and arms behind our backs for extra protection. This happened when I was about 6/8 years old. We used to be awake crying all night because we were in such pain.

We were then taken to see a Harley Street specialist who did many tests each time we went, namely, blood, urine and stool. We virtually went there every week to see him and have loads of students in the room at the same time as we were very, very rare. We were told we had porphyria, but not the same type as King George III.  The only treatment we were given was calamine lotion. I hope no one else is ever given that as for me it just made it even worse and kept the heat in when it dried on the skin.  Other than that, we were told to keep the curtains drawn, use 40 watt light bulbs, keep out of the sun and wear long sleeves, jeans and wide brimmed straw hats.  After about a year of seeing the specialist and students, we stopped going as it was too far for us all to go and get no treatment. After that, we were left on our own with no checkups and not knowing anything else about the condition.

At school we were made to stand under a large tree in the playground during break times while all the other children ran around enjoying themselves and even making fun of us not being able to play.  It was a very lonely time, and we were also disliked as we could wear jeans to school and they couldn't.  Little did they know. One day a new dinner lady arrived, and as usual, we had to line up and have our hands examined for lunch. She took one look at mine and told me to go back and wash them which I did.  She didn't believe me and came back with me to make sure.  She tried to remove the 'dirty ' marks and in the end, got a scrubbing brush and really scrubbed. This as any EPPer can tell you hurt like mad. I told my parents when I got home, and they made sure it wouldn't happen again.  Thankfully I have not had those markings for years. I keep myself well protected now.

The worst attack I have had was while at college, and for once, I didn't want to be left out. So I went with a group of us to the park and sat with my friends in the sunshine. Later that day, my face and hands ballooned out of all proportion, leaving me with tiny slits for eyes and unable to use my hands properly. The pain was horrific. I have never ever done that again.  EPP has been for me not only painful but a very isolating condition and one that I never spoke of to anyone and tried to be as normal as possible although mostly staying home alone. This even occurred after having children as I would either suffer to make their lives normal or my husband would take our children out ' to give me some peace and quiet'.

Even today, my children do not understand what I go through as with comments like 'it's gone cloudy now and we've put the shade up for you to come sit in the garden'. Also their houses do not have window tinting, so I keep covered up and keep my hat on. This they do not like, but they have ordinary high wattage bulbs and no tinting. Nowadays I'm not prepared to suffer like I have done. I was retested about 5/6 years ago by an EPP specialists and found out I still test positive for EPP, and that at that time I had very little, only just registering, vitamin D and all the signs of deficiency. I now see a specialist yearly and have yearly blood tests for Vitamin D, liver function and porphyrin levels. I take vitamin D tablets every day, have window tinting for house and car and keep covered. When outside, I am the greatest shade seeker there is. I love drawing and painting and try my hand at many crafts, even writing a few poems, as otherwise I would be even more depressed than I often get because of EPP and its limitations it places on me and all the other EPPer’s out there. Another saving grace is the facebook groups I belong to as we all now know we are no longer alone.