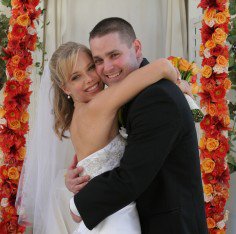 Meghann Bauer has had symptoms of Erythropoietic Protoporphyria (EPP) since she was a little baby, yet her parents took her to different doctors for years before she was diagnosed at age 16 with EPP.

Meghann says "I just never found the right way to describe my symptoms so that the doctors would think to test me for EPP," and she was tested for lupus and many other conditions before her diagnosis. It wasn't until her mother brought Meghann to her pediatrician's office saying that she had watched Meghann fall asleep on a family car trip, and that every time the sun hit Meghann's skin she flinched away from it or woke up in pain, that doctors began to suspect porphyria.

Watching the Discovery Channel recently, Meghann found the story told in an episode of Mystery Diagnosis strikingly familiar. The show featured the Leppert family and their struggle to come up with an EPP diagnosis for their son Craig, and Meghann's family went through many of the same stages of misdiagnosis that the Leppert family did. Meghann says Craig Leppert's description of his EPP symptoms matches the feeling perfectly: "it's like putting your hand on a hot stove and then slicing your skin with a knife," a pain that is dull and steady and then suddenly sharp and searing.

Meghann has memories from her childhood of running her hands under cold water to relieve the burning pain. She and her parents did not know it was dangerous for her to be out in the sun, so she was exposed throughout the summer and the season meant constant pain. She recalls falling asleep covered in ice packs every night, and her mother describes little Meghann as having been in such pain every night, and then finally, when the ice cooled her enough and she was simply exhausted, she would heave a big sigh and go to sleep.

When she was very small, Meghann's doctors suggested she was allergic to PABA because every time her symptoms flared up she had been covered in a sunscreen containing PABA. No one realized the problem was the sun itself, not her parents' efforts to protect her.

The dermatologist was surprised when tests came back positive, having said up front "you don't have EPP," something many porphyria patients have heard before. The thing about rare diseases is that while most people don't have them, some people do. And the people with those diseases are just as deserving of diagnosis and treatment as those with more common conditions. Diagnosis did not come til age 16. Yeesh!

Since she was diagnosed, Meghann takes Lumitene to help with her symptoms. She takes 10-12 pills daily throughout the summer months, and fewer in winter. Although she still has some symptoms in the summer, she is usually symptom-free all winter, except when skiing or outdoors in snow country, where the reflected sunlight causes bad symptoms. When she does have flare-ups of her EPP symptoms, she uses motrin and darvocet for pain, and packs on ice.

Today, Meghann is a member of the APF and a patient looking forward to participating in clinical trials of Afamelanotide from Clinuvel. She is hopeful that this may be a way to "help my husband and I do the things we enjoy, such as boating, swimming in our pool, picnics, walking our boxer puppy."