The first time I got overexposed was on a trip to Florida at age 5.  My reaction was so severe that my knuckles broke open because they swelled so badly. The ER doctors said I had sun poisoning.

Later returning to the suburbs of Allegheny County/Pittsburgh, Pennsylvania, I went to many doctors of different specialties, including allergists.  They all said I was allergic to the sun, and I would outgrow it. Until was 38, I thought that that was all there was to it and that I would just have to live with it. At that time, I then saw a newspaper article about someone in Punxsutawney, Pennsylvania who had been given a space suit from NASA because of a “sun condition”. I called the lead reporter for the story and asked them to give my phone number to that family in the hope of determining whether or not our afflictions were, in fact, the same. The reporter spoke with the child’s mother, and she provided her phone number. We started talking, and I began my own research online. I found a dermatologist who was interested in my EPP.  The doctor ordered a stool test and almost 20 years ago, at the age of 38, I finally received a diagnosis of EPP.  It took me 33 years to get a diagnosis.

Prior to Tuesday, November 8th, 2016, at the age of 54, I noticed that I had been getting weaker and weaker.  I coughed a lot and had pain in my chest. I initially went to the ER on that day telling the hospital staff that I thought I had pneumonia and also that I had EPP.  They ran a blood test and said, “No, you’ve had a major coronary!”  I then had a variety of tests, including EKG, X-ray, etc.  On Thursday, November 10th, my surgeon told me I didn’t have a major coronary, but my aortic valve was only functioning at 10% of the normal capacity and my heart was so overworked trying to push so much blood through such a small opening that my blood levels showed that I had had a major coronary.  He also said that three other vessels were functioning at a reduced rate and that they may need to be bypassed!  He then told me that I must have surgery now or I will die, plain and simple.  When he told me I needed the operation, he also told me of the low survival rate.  He also informed me that I would need to have a catheterization done to rule out any other possible problems before the open heart surgery. This all happened within two days of going to the ER for suspected pneumonia.  My doctor suggested I stay at the hospital until the surgery and I immediately agreed.  Before the procedure, I notified the doctor that I believed I had an infected tooth. The doctor suggested a dentist take X-rays, and I ended up having 4 teeth pulled on Saturday, November 12th. I received the catheterization on Monday, November 14th; the doctor determined that only three bypasses and the valve replacement were needed and that he could not be positive until he got into my chest whether or not more bypasses were needed. We discussed getting an artificial vs. a cow valve; they recommended cow because an artificial valve would require anti-rejection medications that might complicate porphyria, in addition to having to have to take them for the rest of my life.

Prior to my surgery, I saw no less than 10 new doctors (and I can’t tell you how many nurses) and I told them all that I have EPP. Most of the nurses, after hearing my description of EPP, would exclaim: “really, wow, I’ve got to look this one up!” (The doctors, not so much!)  While completing pre-operation procedures, I finally got the attention of the anesthesiologist, who decided to have a little chat with me. I asked him if he wanted to see how bad my reaction can be from an overexposure (see the above photos), and of course he said yes.  After showing him them on my phone, he stated that I have AIP.  That’s when I told him that AIP is another form of porphyria and that I have EPP. He politely excused himself with an “I’ll be back”. He came back a little later (less than 10 hours before surgery was scheduled to start) and informed me that he spoke with the surgeon and that they were postponing the surgery. He informed me that he thought I had AIP and that the operating rooms would not be a problem, but because I have EPP, the surgery needed to be postponed in order to get the appropriate filters for the lights in the operating room. This hospital, which is one of the major hospitals in Allegheny County (Allegheny County’s population in 2013 was 1.2 million people), did not have the appropriate filters for the lights on hand, so they had to be ordered.  The anesthesiologist contacted a company in Texas to facilitate a special order delivery, and they delivered them to the hospital, where a maintenance man installed the correct lights and filters.  This all happened barely minutes before going into the operating room on November 18th, two days later.

I ended up staying in the hospital for another 10 days, instead of the 5 days I had anticipated.  They were trying to keep blood sugars above a specific level, in order to prevent a reaction that might affect the surgery recovery process.  At this time, there was a complication trying to get my heart to work correctly.  My heart wasn’t pumping properly, so I was on an external pacemaker for quite a while and they ended up putting one inside of my body.  I now have a permanent pacemaker.  In total, I have had an aortic valve replacement, three bypasses, a pacemaker, and for at least three months, I have to wear a vest that is a portable defibrillator. I originally went to the hospital on November 8th, and was discharged 20 days later on November 28th.

My main goal in telling my story is to inspire others with any of the porphyrias to make sure that their hospital has the necessary tools, specifically filters for the OR lights, available for them in case of an emergency.  Speaking with the anesthesiologist a week later, he informed me that if I hadn’t alarmed his attention, that I could be dead!  In short, the Operating Room Lights could have damaged my heart. What if I had needed an emergency operation done?  What if my heart couldn’t continue to beat because it was so debilitated? Please, please talk to your doctor! Have him/her check to see if these filters are available and are at your local hospital, now; YOU just might need them!  You never know what is going to happen. 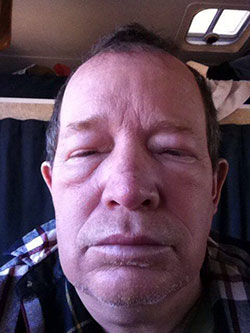 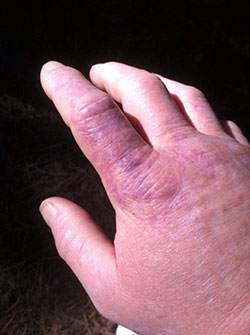 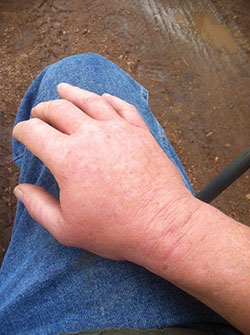 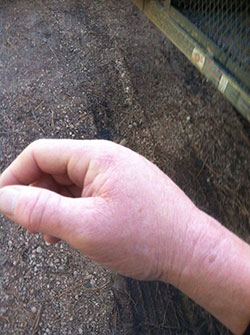 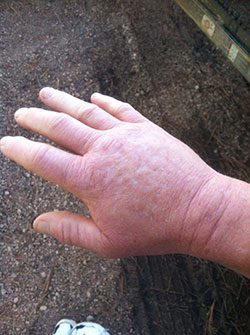