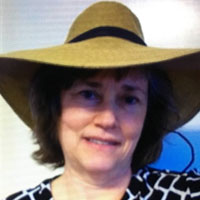 My Journey with EPP

I did not get a diagnosis of EPP until I was in my mid-30s.

I endured ridicule at school when I missed classes and came in with a parent’s note that I was allergic to the sun. I endured ridicule from friends when I had to sit in the shade or under towels with my skin burning after I would give in to going to the community pool. My hands swelled to the point that I could not bend my wrists. My breath hurt my skin because it was too hot. Family vacations were in Florida two weeks every Summer. There are pictures of me with a swollen face, and feet and hands hidden under beach towels. At night I would wrap my hands and feet in wet washcloths and sit in front of a fan.

My family doctor told my parents that I was a hypochondriac when I was about 8 years old. After that determination by the doctor, I had to be seriously ill before my parents considered me ill with anything. Consequently, I suffered in silence many times. Only when I had visible edema from EPP would they acknowledge that something was wrong. Yes, I am a bit bitter.

When I was in my mid-30s, one day I spent 15 minutes out in the sun and when I went inside, my hands hurt. I was determined to find out what the problem was after so many years of being told it was nothing.

It took me a week of internet searching (late-1990s). I started with sun poisoning, heat stroke. and finally found it. Erythropoietic protoporphyria.

The symptoms fit mine exactly. I went to the doctor with print outs from the American Porphyria Foundation. The doctor took the papers out of the exam room to take copies and came back in saying it was unlikely I had it because it was so rare.

I broke down and started crying. I asked if the tests were really expensive and that’s why she would not order them. She said no, they weren’t expensive. I asked her to please order the tests so I could see what they found. I was not imagining the pain and swelling, something was wrong.

She ordered the tests. Once the results were back, she called me and apologized. She had never had a patient with this problem and, in fact, had never heard of the condition.

Today, I stay out of the sun as much as possible. When I drive, I wear protective gloves by Coolibar. I also wear pants and tops available from that company.

I was once on Lumitene. It worked, but I was on such a high dose, my skin was a very unnatural orangey-yellow. I stopped taking it when I was working with my doctor to reduce general inflammation by removing food and supplements from my diet. I have not resumed this supplement, but instead practice sun avoidance.

The impact of having EPP is hard to understand by people who don’t suffer from it. Taking walks at break time with co-workers, running for exercise, going to the lake on holidays, and sightseeing have all become very problematic. My porphyrin levels continue to increase as does my sensitivity. I can have a reaction when walking from my car to the store, which can be less than 100 feet.

For parents, please be attentive to your child’s behavior. After some contemplation, I find it amazing that a doctor diagnosed an 8-year-old child as a hypochondriac and left it at that. A child needs parental support in the best of situations, and when a child has a rare disease, that support is so much more important.

For those who do internet searching as I did, be prepared for the potential of the medical community’s dismissive behavior. There are many doctors who see this research by patients as ridiculous.

If you are looking at the information on the American Porphyria Foundation, you are better informed that many physicians. I am hoping awareness is greater now than when I was looking for a diagnosis 20 years ago.