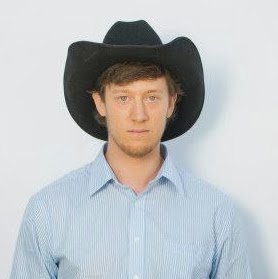 I have suffered from EPP since I was born. Shortly after I was born, my parents went camping and had me out in the sun. I very quickly began screaming and my parents were unable to quiet me down. Issues with being in the sun have run in my family. One of my Omas has had symptoms her whole life as well as her brother and some other relatives of hers. Because of this, my parents knew quickly that I had to be kept out of the sun. One of my brothers also showed symptoms of EPP. When he was a few years old, a doctor he had been referred too had him tested for EPP. It was decided then that since he was diagnosed with it, and I had the same symptoms that I also had it. My parents were also told they should keep us inside and out of the sun as much as possible. They instead decided to leave it up to us. We decided to try and live normal lives. My friends all played soccer so I also began playing soccer. On occasion, I would wear a long sleeve shirt or wear a hat if I was playing in goal, but for the most part, I tried to look like the other guys on my team. I wore lots of sunscreen when I played, and we had started on Beta-Carotene. I have had hundreds if not thousands of reactions growing up. Many very minor with just some minor irritation on the skin or feeling a little heat, but I have also had some huge reactions. My worst reaction was the first time I tried skiing. We did not know much about the causes, so skiing in the winter seemed like a good idea. It was overcast so there wasn't much sun. It was winter so the sun wasn't as powerful. So my family decided on a weeklong ski trip with family friends. I loved skiing and spent most of the day in my ski school learning the basics and going down the bunny hill as fast as I could. That evening I was in a lot of pain but I would put bags of ice on and sit outside in the cold air. The next day I had liked skiing so much I decided to go out again, and that night I was in even more pain. We did the same thing each night and every day I always made my family take me to my class. I am known to be a bit stubborn. By the end of the trip my face has scabbed over. Under the scabs the pain went away over the next couple days and I was back out doing things. My parents took me to the zoo and struggled as they watched other kids and parents point and stare at the kid with scabs that were breaking open all over his face but I didn't notice and still remember how much fun I had that day. After that we learned that often the UV light is magnified in overcast conditions and the snow bounces UV back up much like water on a lake. I had been in some of the worst conditions for my condition. As I got older I continued playing soccer. We learned that the type of beta-carotene I was on really was not that effective but we found another type and I had more success on that. I continued playing soccer and worked my way up to the top divisions for youth soccer in the city. I also found ways to do activities with my friends and family. For summer vacations we would often go camping in the mountains and my brother and I learned how to stay covered up so we could go on hikes or play around the campsite. I often wore long sleeve shirts or sweaters so I could hang out with my friends at school and many of them were very accepting of me despite having to avoid the sun or wear clothes that were odd for the conditions. When I was in grade 12 I gave going out to the mountains in winter another try and learned to snowboard, this time with my whole body fully covered, and since then I go out with my friends from time to time to ski or snowboard with no issues from the sun. I join my friends at their cabins on the lake in summer, often hanging out in the shade or covering up to go quad riding or dirt biking or to go shoot guns or many of the other things we get up to. They offer to take me out on the lake behind the boat as the sun is setting and I have learned to wakeboard, waterski, and wake surf. I have also gone out in the day wearing a full body wetsuit, and have gone surfing off of Canada's west coast wearing the same. I still react from time to time but not near as much as in the past. I have had the chance to live a life full of experiences, and have some great people in my life. I now compete in bobsleigh and race on one of the international circuits. I still need to be careful as the sport is technically outdoors, but it allows me to cover up easily without looking strange or out of place. I look forward to being able to access treatments in the future so I can worry less about the sun and be able to do more things I have wanted to in my life. But until then I will just keep finding new ways to experience things while dealing with my condition.