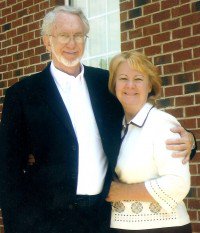 Tom Collier and his brother both suffered the symptoms of Erythropoietic Protoporphyria nearly all their lives, but until recently they had no explanation for their photosensitivity.  Diagnosis finally came when Tom was 64 years old, after a lifetime searching for answers.

As far back as he can remember, Tom’s problems in the sun started when he was three years old.  He remembers running around screaming after being in the sun, and having a horrible stinging, burning pain all over his hands, arms and legs. Tom’s parents took him to a variety of doctors throughout the 1940s and ‘50s to diagnose his problem, but like many children with EPP he had no visible symptoms at all.  He didn’t swell up, and he didn’t get red, his parents just knew he was suffering from terrible pain when he went out of doors.

Tom finally heard of porphyria when his brother caught mention of the disease a little more than five years ago and thought the description matched both of their symptoms.  Tom started hitting websites and decided that EPP fit the bill for the problems he’d had all his life.  He says:  “nothing else came close.”  Looking for a doctor who could help him, he found Dr. Micheline Mathews-Roth, a dermatologist and EPP expert in Massachusetts, and Dr. Joseph Bloomer, a hepatologist and EPP liver expert in Alabama.  Both doctors have studied porphyria both in patients and in the laboratory for more than 30 years and have served on the APF Scientific Advisory Board since its inception.

Dr. Bloomer ordered lab tests and sent them to the porphyria center at the University of Texas Medical Branch in Galveston, where Dr. Anderson’s lab quickly made the diagnosis of EPP.  Shortly afterwards Tom called Dr. Roth in Massachusetts and spoke with her at length.  He had the FEP test (one of several recommended annually for people with EPP) and now has a general practitioner who has two other patients with porphyria.

A lifetime’s worth of severe sensitivity to the sun had already taught Tom to be careful, so by the time he was diagnosed he was already used to covering up outside, and not spending a lot of time out of doors in the daylight hours.  He says when he first sets foot outdoors the sun feels warm on his skin, just like it does for anybody else.  But before long his skin becomes just a little bit uncomfortable, and that’s his signal that it’s time to get indoors right away.  After the discomfort comes the prickling, stinging, burning pain that is familiar to those with EPP.

Stepping into the shade when he is unavoidably out of doors is helpful to Tom, but he does get EPP symptoms from indirect light as well and unfortunately his symptoms are triggered more quickly on exposure to light than they once were.  Indoors, he feels the sting of fluorescent bulbs (like the kind used in most stores and hospitals), and incandescent bulbs bother him somewhat too.

These days Tom is thinking about having photoprotective window films installed on the glass in his home.  When he’s out driving, Tom wears long-sleeved shirts and gloves at all times.

It is very easy for porphyria patients, or those with any rare disease, to become impatient with the pace of medicine and the lack of a cure.  But keep in mind how far we’ve come in the past 70 years:  from a little boy who screamed in pain and whose parents could find no answers, to a name for the disease, a clear genetic marker for it, and a straightforward diagnostic procedure for ferreting it out.  Porphyria patients today owe a tremendous debt not only to the doctors who worked with little recognition and no reward to discover the biological secrets of the disease, but to patients like Tom as well, whose experience helped doctors learn, to all of our benefit.