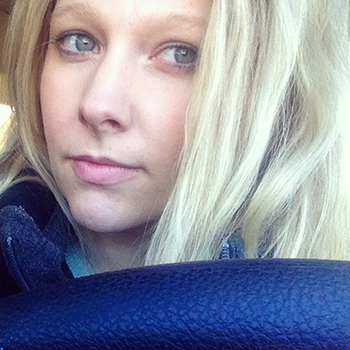 My name is Sarah and I have Porphyria. Hereditary Coproporphyria to be exact.  This is awareness week.  So what is the point of all these causes, such as this, in having an "awareness week"?  It nudges those affected to speak out loud and share their voice.  Most of the time talking about what makes us different is awkward, uncomfortable and sometimes a bit scary. An awareness week gives us a supported "reason" to have a dialog with others in a way we hope won't be judged as "over-sharing" or "attention-seeking".  It helps us to feel like talking about our cause is more socially accepted.  Isn't it a shame that people feel that it isn't OK to talk about something that probably has the most impact on their life and the life of their family?

So I am stepping out and sharing a piece of myself that I normal do not.  In hopes that it might encourage someone else to share their story or cause.  The only way we can expect others not to react negatively is by educating them. The person to educate them is not a TV show, a radio show...it is YOU! The person they can relate to, the person they care about, the person they know.  So here it goes...

In 1995 my life started to change forever. Not just because I was in high school but because I began to feel sick.  Despite playing sports all year round I always felt tired and lacking energy.  I didn't enjoy outside activities and never fared well in the sun.  I would have pain in my stomach that felt like someone was inserting flaming swords into it.  I began to vomit...a lot. I went from a size 10 to a size 4 in three months.  I couldn't sleep sometimes for 5 days in a row and then sleep for 3 days straight.  I would get this sudden blinding pain in my head and then pass out.  I'd pass out everywhere.  In the bathrooms, in the hallways...heck I even passed out during a drill on the soccer field.

Then out of nowhere, I felt fine.  I would meet-up with friends I had been missing while logging so many hours on the couch.  I would start doing better in class.  I would start to have a positive outlook on life.  Maybe it was just a super flu and now it is over.  I would be a typical teenager like the rest of my friends   I felt "normal" again. I was happy.

Then, like a thief in the night the illness would return to steal away my happy, my friends, my energy, my functioning...my life.  I guess it appears odd or not right to others when sometimes you seem very ill and sometime you look fine.  My friends and even the parents of my friends began to talk....

What is wrong with her?

I think she's doing it for attention.

It's in her head.

Even IF she is sick, it can't be that bad.

I even had friends slowly stop calling or stopping by.  They were always too busy. Or they just gave me the cold shoulder.  Why?  Because I was weird.  I was not like everyone else and I couldn't even explain why.  I had been seeing specialist for two years with no answers.  Just test, after test, after test...try this medication, try that one.  Each pill came with other side effects.  I now couldn't concentrate, felt foggy, and something really hard for a teenage girl they made me gain weight.  Not just a little weight, I went from weighing 130 pounds to 210.  I felt sick, alone, and unhappy.  Cue the depression.  Needless to say, I quit sports.  I quit pretty much everything.

Then in 1997 I went to a friend's birthday party at her pool.  At the party I began to feel ill as I usually do in the sun.  I normally would avoid any event in the sun and especially one that required a bathing suit, but this was a good friend and I didn't have many like her.  So I tried to ignore the pain as long as I could.  When I went home I went down fast.  Vomiting, my arms and legs had stabbing pains.  I could barely support my weight to walk I was so weak.  My head was fuzzy. I could barely tell my mother what was going on.  My skin had bright red scores and streaks on every surface that was exposed to the sun. I really thought I was dying.  We went to the ER...again.  I made frequent visits there in desperate times to get relief.  Just as always I was sent home with follow-up appointments for another specialist.  This time a dermatologist for the skin issues.

I stayed home, sick and in pain for days. Missing more school.  My mother was getting heat from the school by now for all my missed days.  Even telling her I needed to have a teacher come to my home or I would not have enough attendance to graduate.  Almost a week had passed and I started again to feel a bit better.  Even the scores and marks on my skin started to fade.  I went to the dermatologist appointment anyway wanting to make sure they wouldn't scar.  I had no idea THIS would be the most significant doctor appointment of my life.

The dermatologist suspected lupus by the skin irritation to the sun and my other complaints.  So he ran a 24 hr. urine collection test.  It was weeks later when I followed up at his office and he said "I have news for you.  You have Porphyria."

Flash forward to today.  I still have all the sickness, pain, and struggles I listed earlier.  The difference, I know what I am up against now.  I know the enemy's name.  I have educated myself on its tactics and I fight back.  I avoid triggers and follow a special high carb diet.  I get regular IV therapy.  All of this is better, but for me not enough.  I still hope for a cure.  If not for myself, for my family because it is hereditary.  But finding cures requires research and that requires funding.  Unfortunately, getting that for a disease that affects a few instead of many isn't easy.  So we have our own Foundation called the American Porphyria Foundation.  We do our own fundraising, educating, talking to politicians, watching the drug laws, and we support each other and others with rare disease.  That is why I also participate with the Global Genes Project that unites people with any kind of Rare Disease to support each other and become a voice of many instead of a voice of a few.  HOPE - It's in my Genes!

This week is MY awareness week and I plan to use it!  It is my responsibility, no one else's, to educate the masses and turn that negativity into understanding.  I Care About Rare! Do you?

No pressure but if you would like to make a donation to the American Porphyria Foundation to help with life changing and even life-saving research please click HERE. Thank you.  Sarah Lee