A New Doctor, and Help for PCT

Darlene is 44 years old, married, with two children. She lives on beautiful eastern Long Island, New York, which pokes out past the Long Island Sound and towards the Atlantic Ocean. Living out there, having two children to look out for, and working as teaching assistant in a local school Darlene has plenty of opportunities to be exposed to the sun. 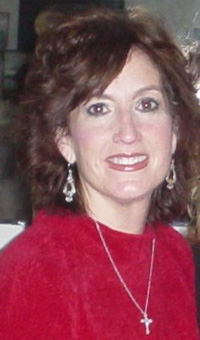 Darlene Folkes Exposure to the sun eventually marked Darlene's symptoms unambiguously last Spring, but they started before that, with tea-colored urine, prompting her primary care physician to send her to a rheumatologist to be evaluated for possible lupus. While she was seeing the rheumatologist, her primary care physician became concerned about her gallbladder. It was in the process of getting ready to have her gallbladder removed that Darlene started getting a lot more exposure to the sun.

Wanting to lose a little weight and get in better physical condition, she started spending more time walking out of doors. This was in May of 2008, and that was when her blisters started forming — prickly bumps on the backs of her hands that turned into half-dollar sized blisters that refused to heal. The blisters were very painful and getting worse, prompting her doctors to consider some sort of sun allergy or other allergic reaction.

Finally, Darlene visited an urgent care clinic, where doctors did a smear of the blisters and sent her to a dermatologist, who did a skin biopsy, and diagnosed her with Porphyria Cutanea Tarda (PCT). Her age makes Darlene typical of PCT patients — the disease gets the name tarda (Latin for "late") because patients usually do not experience symptoms before they are in their 40s.

Once she had a diagnosis of Porphyria, Darlene found out about the Mount Sinai Porphyria Clinic (in New York City, three hours from her home) through a friend of her aunt who had heard of Dr. Lawrence Liu, one of two doctors who staffs the clinic. She describes meeting Dr. Liu for the first time as an almost revelatory experience, calling him "a breath of fresh air," for his compassionate bedside manner, and for being the first doctor she encountered who really understood Porphyria and took an interest in all of its effects on her. Dr. Liu was also the person who let Darlene know about the existence of the APF.

Since then, Darlene has become an APF member and started receiving the newsletter, and has carefully followed Dr. Liu's advice to avoid the sun while her blisters heal, and to avoid alcohol entirely. Her local doctor was unfamiliar with treatments beyond phlebotomy for PCT, and did not want to remove any of her blood as her counts were already low. Dr. Liu started her on low-dose chloroquine (taken in pill form), which was improving her symptoms somewhat when we spoke. Dr. Liu also did a biopsy of her liver and found out that she fortunately suffers none of the liver damage that sometimes affects PCT patients. The liver biopsy was something she had asked her local doctors about with no reaction.

In addition to the blisters, Darlene had the additional hair growth on her face and legs that is characteristic of PCT. But she says the worst part is having blisters on her hands, because "you do everything with your hands," making it easy to reinjure them, and hard for them to heal. Working with children, and not wanting to make waves at work or air her problems in public, Darlene tried strenuously to protect herself from the sun while doing playground duty while the kids were at recess. She wore gloves and big hats, and tried to watch the kids from the shady portions of the schoolyard. She is lucky enough to have a school principal who asked about her out of concern and has now adjusted her responsibilities so that she can stay out of the sun.

On her way to diagnosis, Darlene had a surgery she now believes could have been avoided with proper treatment of her PCT, and in addition to suffering symptoms of the disease itself, she has lived with the stress and grief of symptoms her doctors would not recognize. In this new, hopeful period in her life, now that her care is being guided by an expert, she speaks about having newly increased sympathy for the difficulties that elderly and infirm people suffer. It is our hope that with appropriate treatment and precautions, Darlene will achieve a complete recovery from her own illness, and that her newfound sympathy for others will no longer have to be accompanied by her own suffering!