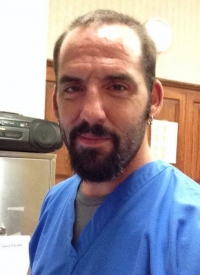 Back in late 2012, I kept getting these random, tiny blisters. When I finally said something to my primary care doctor, she looked at me and told me to quit smoking and guaranteed that the blisters will go away if I did. I should mention that the day I started going to her, she hounded me about smoking. I didn't quit smoking, but I did cut back. A few months later, I got mad at her, so she sent me to a dermatologist. I had a blister (luckily) on my finger at the time of visit. He dug it out for a biopsy and suspected I had Porphyria Cutanea Tarda (PCT). I went back 2 weeks later, and he said it was confirmed that I did have PCT. He then advised me that I was to avoid direct sunlight at all cost, told me to get some Neutrogena sunblock SPF 100+ for sensitive skin, and to invest in long sleeve t-shirts, gloves, hats, and scarves. He advised me to use the sunblock along with the "winter clothing" while I was living in Texas.  With the weather being 100° or higher on some days, it seemed to be difficult. I tried as much as I could. The blisters kept coming and increasing in size. I didn't have any health insurance at the time.

My PCP was at the HIV services in Fort Worth.  Since I was HIV+, that's where I went for HIV services. The dermatologist had told me I had very high iron, too much in my blood, and that a scheduled phlebotomy twice a month for 6-8 months would be the cure. Seems easy enough, right? He said he didn't do the phlebotomies and had gotten ahold of my PCP and she had told him that if they could get the supplies, then I could do the blood draws there, where I went for HIV services. In the meantime I quickly added private insurance coverage at the job I had. I was the 2nd shift lead caregiver/med passer/supervisor at an Alzheimer's and Dementia Assisted Living Community. A week or so later, my PCP told me they couldn't get the supplies for my phlebotomies, and I'd have to get a referral through the dermatologist. I did that, but insurance didn't cover it, which left me having to pay $250 twice a month for phlebotomies. There was absolutely no way I could have afforded that, and neither the PCP nor dermatologist put forth any effort to try and help me out or find other options. So, that left me to simply deal with it. Some time went by and things in my personal life changed, which resulted in me moving back to my home state of Michigan.

I was nervous of the HIV services here in Michigan (Lansing), because I rarely heard good things about them. However, they have been nothing but amazing. My PCP here quickly referred me to an oncologist at Sparrow Cancer Center in Lansing, MI. He instantly diagnosed me with Erythrocythemia, which is a more specific term for saying I have high red blood cell levels, and I told the oncologist that I was diagnosed with PCT in Texas. He told me that he could not diagnose me with that without first running tests or seeing a proof of diagnosis. His place was to do monthly phlebotomies, and I had told him that in Texas it was supposed to be twice a month. He said to start them monthly, for now. Meanwhile, my PCP wanted to diagnose me with Polycythemia. According to the doctors, the treatment, which would be phlebotomies, is the same for all three conditions. So I started my first phlebotomy back in June. I still wasn't happy that it was only once a month, so I demanded twice a month and the doctor agreed. So after 3 blood draws at going twice a month, my hemoglobin and red blood cell levels were HIGHER than when I had them tested in May, before the phlebotomies started. So starting tomorrow, August 1, 2015, I start phlebotomies twice a week, and they draw 450cc's, which is the amount they've been drawing all along. I should also add that I do have Hepatitis C that I acquired through a blood transfusion when I was born in 1979. I'm still a smoker and will be done by the end of the day today. Thanks for reading my short story.