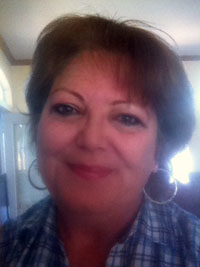 My Porphyria Cutanea Tarda (PCT) experience began roughly seven years ago. At the time I was living in Irving, Texas. When lesions appeared on my face, forearms and legs, I thought that perhaps it was related to Psoriasis, an autoimmune disorder I had since I was a child. As a result, I resorted to a fairly common approach to Psoriasis which is exposure to UV rays. I spent an hour or so every afternoon in the sun, but more lesions developed and the existing ones grew in size. Repeated visits to my Dermatologist resulted in a variety of diagnoses including eczema, hives and finally a "picking" disorder which basically meant the doctor believes you are picking at your skin causing sores and infections. His primary reason for this was that the sores appeared only where I could physically reach the area, in other words, there were no lesions on my back or the backs of my legs. I pointed out that as a forty plus year old woman, I didn't think I had suddenly started to pick my skin but he was not deterred.

I continued to use antibiotic ointments on the most severe patches and, as a result of other health concerns, discontinued my efforts to get a daily dose of UV rays. Over time, the lesions began to shrink but a new symptom developed. My skin darkened dramatically in areas where there were no blisters and where the blisters had healed, the skin turned white, giving the appearance of vitiligo. I was seeing a Rheumatologist for other autoimmune symptoms and he suggested I visit a dermatologist he knew who specialized in autoimmune skin disorders. He also prescribed Plaquenel to treat lupus-like symptoms tied to an undifferentiated connective tissue disorder.

It was several months later when I met with Dr. Melissa Costner in Dallas. By that time, most of the lesions and blisters were healed, however, the splotchy dark patches and scarred white areas covered most of my arms, face and large portions of my legs. I described my experiences over the previous three years. Dr. Costner listened closely and then said she wanted to do some blood work. Three weeks later, I returned to her office where she explained I had a familial type of PCT. In one minute, all of the heartaches of the previous four years made sense. She listened to me, something the previous doctors failed to do. She believed me when I said I wasn't "picking" my skin and said that rather than affecting areas where I "could reach," PCT was actually affecting areas being exposed to the sun. By reducing the time I was spending in the sun due to my energy issues, I had actually started the PCT healing process.

Today I still have very dark patches on my skin and very white scars but I have few reoccurrences of PCT. I play close attention to the medications I take, particularly since I have other auto-immune disorders which require a heavy regimen of treatment. PCT was not something I had ever heard of and was honestly not my biggest health concern at the time. But finding a doctor who listened gave me a sense of empowerment that I continue rely on today in all aspects of my health and with all my doctors.