Rare Disease Sufferers Fighting Both Their Condition and Federal Bureaucracy

This critical OpEd was published today about access to Panhematin. Please share with your community and your members of Congress!

Insurers need to change the way that Panhematin is reimbursed so that all acute porphyria patients have access to this life-saving treatment. Even though Panhematin has been available for decades, patients do not have access to it in a hospital setting that is the standard of care for acute porphyria. Instead, patients are suffering and being denied treatment. We have the power to do something about it!

Share this Op-Ed article with your member of Congress and let the APF know when you have done this by emailing kristen@porphyriafoundation.org. We will be following up with each congressional office.

The Orphan Drug Act was passed by Congress more than 36 years ago, at a time when rare diseases were often shunted by the research and development community. The act designated “rare diseases” as those with fewer than 200,000 patients in the United States and for which there was little or no commercial viability to develop and bring to market a cure. It included tax credit incentives for drug evaluation expenditures, as well as limited-marketing exclusivity.

By many measures, it was a success: Food and Drug Administration approvals of rare disease treatment increased from one in 1983, the year the law was passed, to 40 in 1984. In 2016, 41 percent of the new drugs approved by the FDA were orphans — progress that has improved and, in some cases, saved the lives of millions of Americans suffering from rare diseases.

The first drug approved under the Orphan Drug Act was Panhematin, which is used to treat acute intermittent porphyria. AIP is an ultra-rare genetic disorder, with a patient population of approximately 2,000 in the United States. Patients with the disorder attempt to produce heme for hemoglobin and other essential heme-containing proteins for critical body functions, such as carrying oxygen from the lungs to the body’s tissues. However, AIP causes them to instead produce a toxin and to experience symptoms ranging from vomiting to life-threatening paralysis or damage to the nervous system, especially if left untreated.

The drug first approved by the FDA in 1983 is still the only available treatment for patients suffering from AIP attacks. Unfortunately, FDA approval doesn’t ensure access. Patients have fallen victim to the rigidity of the bureaucracy inside the Centers for Medicare and Medicaid Services, whose policies effectively discourage treatment with Panhematin in the setting recommended by physicians at medically necessary levels.

CMS sets a standard reimbursement level for treating patients with AIP, as with other medical treatments, through a mechanism known as a diagnosis-related group. A diagnosis-related group is a patient classification system that establishes payment categories, especially for Medicare patients, in order to reimburse hospitals with a fixed fee. Because AIP is an ultra-rare disease, it has been lumped into a DRG with other rare diseases and disorders, despite the fact that the actual costs incurred while treating these patients, both drug and non-drug, often rise well above the dollar figure of the DRG.

In the case of Panhematin, hospitals are essentially being reimbursed for a single dose administered by a single physician, when in fact, treatments recommended by the National Institutes of Health-supported consortium of porphyria physicians and researchers involve a multidisciplinary treatment team, an in-patient setting and administration of daily doses of the drug for multiple days. According to the National Organization for Rare Disorders, “Pediatricians, neurologists, hematologists, hepatologists, psychiatrists, and other healthcare professionals may need to systematically and comprehensively plan an affected patient’s treatment.”

Yet because of the perverse financial incentives stemming from the skewed DRG system, which is ill-equipped to handle treatments for ultra-rare diseases, hospitals are shunning patients with AIP attacks, pushing them instead to outpatient settings where hospitals can avoid financial loss in treating them. Here, opioids are often prescribed, which are used to manage patients’ excruciating pain, rather than Panhematin, the physician-recommended medication that will actually treat the underlying condition.

After repeat visits, patients get labeled as pain pill seekers, despite their obvious pain and the better, safer and more medically efficient treatment options that should be available to them. Of course, this also serves to undermine another federal policy, the recently revised Centers for Disease Control and Prevention guidelines that have sought to reduce the number of legal opioid prescriptions in the United States.

While this ad-hoc arrangement may save hospitals money in the short term, it can cost them more over time, as complications arise from the prolonged attacks that occur when Panhematin is not administered. Patients can lose mobility or central nervous system function, and the damage can be permanent.

CMS has acknowledged the existence of this problem. In its MS-DRG update for fiscal year 2019, released last year, the agency noted that “we are sensitive to the commenters’ concerns about access to treatment for beneficiaries who have been diagnosed with this condition. Therefore, as part of our ongoing, comprehensive analysis of the MS-DRGs under ICD-10, we will continue to explore mechanisms through which to address rare diseases and low volume DRGs.”

Still, the agency has failed to act and change its policies to better serve patients in need, and the cost to patients and their families is significant. Instead of expanding access to rare disease treatments, as Congress intended with the passage of the Orphan Drug Act, CMS policy is instead picking winners and losers among rare-disease patient groups by lumping them all under the same DRG.

A fix would be simple: CMS could create a new DRG to include other similarly situated rare diseases in the same reimbursement category. This would set compensation appropriately for providers and get rid of the perverse incentive to increase treatment with opioids and to shift patients to outpatient settings.

The time to act is now, and the agency is fully equipped to do so. Patients are desperate for action and leadership from policymakers. They shouldn’t have to suffer for access any longer. 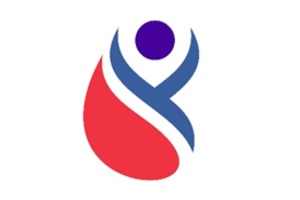