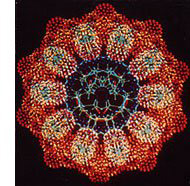 In contrast, DNA testing is the most accurate and reliable method for determining if a person has a specific Porphyria and is considered the "gold standard" for the diagnosis of genetic disorders. If a mutation (or change) in the DNA sequence is found in a specific Porphyria-causing gene, the diagnosis of that Porphyria is confirmed. DNA analysis will detect more than 97% of known disease-causing mutations. DNA testing can be performed whether the patient is symptomatic or not and requires only a small amount of blood sent to the laboratory at room temperature. Once a mutation has been identified, DNA analysis can then be performed on other family members to determine if they have inherited that Porphyria, thus allowing identification of individuals who can be counseled about appropriate management in order to avoid or minimize disease complications.

It is important for patients to realize the limitations of DNA testing. Each Porphyria is caused by a mutation in the DNA sequence of a specific gene. Thus, the diagnosis of a specific Porphyria determines what gene to test. Diagnosis of the specific Porphyria can be difficult because the three acute Hepatic Porphyrias (AIP, HCP, VP) typically have similar acute symptoms, biochemical findings, and responses to treatment. This means, for example, that if a patient has been given the diagnosis of AIP and no AIP gene mutation is identified, it is possible that the patient has a different acute Porphyria. For patients with symptoms of an acute Porphyria, but without a specific diagnosis, we offer a "triple test," which includes DNA testing for the three major acute hepatic Porphyrias (AIP, HCP, and VP).

DNA testing involves sophisticated DNA sequencing which is multi-procedural, labor intensive, and expensive. In the Porphyrias, there are no common mutations so the entire gene must be sequenced in each new family.

The Mount Sinai Genetic Testing Laboratory, Porphyria DNA Testing Laboratory accepts some insurance; please contact the genetic counselor at the laboratory for current information. Alternatively, payment can be made by credit card or check, which must accompany the patient's blood sample. A receipt will be provided, but depending on the patient's insurance company and policy, the reimbursement will vary and some companies will not pay for Porphyria testing at all. By New York State regulation, DNA testing for any genetic disorder must be ordered by a physician who also must sign the requisition form and who will receive the results. A patient must also read and sign a consent form which explains DNA testing and offers counseling.

Contact the lab at telephone 212-659-6779, direct-line; 866-322-7963, toll-free for the required forms (including sample requirements, shipping instructions, test requisition, and consent form), to arrange for testing, and/or for additional information.