Screening is the First Step 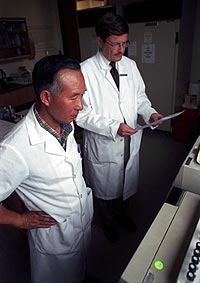 Many tests are offered for the diagnosis of one of the Porphyrias. One might think that this is an advantage in diagnosing Porphyrias. However, it may be difficult to choose the proper tests and interpret the results, resulting in delay in diagnosis and even misdiagnosis of Porphyria. Tests may be overused, leading to unnecessary expense.

In the past, it was customary to obtain many or all available tests when Porphyria was suspected and then examine patterns of any abnormal results. Abnormal results might be compared with tables showing patterns of abnormalities to be expected in the various Porphyrias. This approach did not adequately consider the sensitivity and specificity of the various tests or how abnormal the results should be for making a diagnosis of Porphyria.

An approach that prioritizes laboratory testing in this manner has many advantages. It is cost effective, because Porphyria can be ruled in or out in many patients with nonspecific symptoms with only one or a few tests. As already noted, Porphyria is ruled out much more commonly than it is ruled in, and therefore one or a few negative screening tests can be effective and also keep medical costs down. Relying on a few screening tests that have a high degree of specificity also avoids misdiagnosis of Porphyria.