A Combination of Triggers 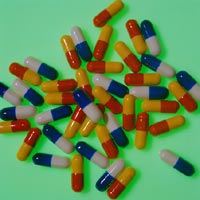 Nutritional changes are increasingly being recognized as factors that can bring about acute attacks of Porphyria. However, harmful drugs (such as barbiturates and sulfonamide antibiotics) and steroid hormones, especially progesterone, are also important. Some women develop attacks during the second half of the menstrual cycle, when progesterone levels are high.

Often an attack is due to a combination of factors rather than to a single one. For example, attacks in women are more likely to occur due to a dietary indiscretion when progesterone levels are high than at other times. A dietary indiscretion also increases the chances that a harmful drug or alcohol will produce an attack. Consideration of the additive effects of many inciting factors has important implications for management of acute Porphyrias. For example, attention should be given to diet and nutrition even in a patient with attacks that seem to be due primarily to a drug or a hormonal fluctuation.