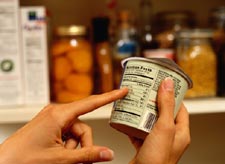 Intravenous administration of glucose (a pure form of carbohydrate) is part of the standard treatment of acute attacks of Porphyria. Glucose is given by vein because the stomach and intestine usually do not function properly during an attack, and material taken by mouth is not properly propelled through these organs. Glucose and other carbohydrates can repress the pathway for synthesis of heme in the liver. As a result, the overproduction of prophyrin precursors and porphyrins is repressed by carbohydrate administration.

Intravenous administration of Panhematin® or heme arginate, which is not available in the United States, has a similar but much more potent effect, and probably leads to more rapid improvement. Therefore, heme rather than glucose is becoming more accepted as initial therapy for an acute attack. However, it is still important to administer glucose and other nutrients.

If an acute attack is severe or prolonged, sufficient glucose can be given by vein to meet the total energy requirements of a patient. This is best accomplished by a catheter that is inserted into a large central vein. Additional nutrients, including vitamins, minerals, amino acids and fat can also be given to maintain all dietary requirements. Provision of total nutritional needs in this manner by vein is commonly called "total parenteral nutrition" or TPN.

Oral feedings can be introduced gradually as recovery from an attack begins, and when there are signs that functions of the stomach and intestines are improving.

After recovery from an attack, a high carbohydrate regimen should be prescribed, as described in Nutrition in the acute porphyrias.